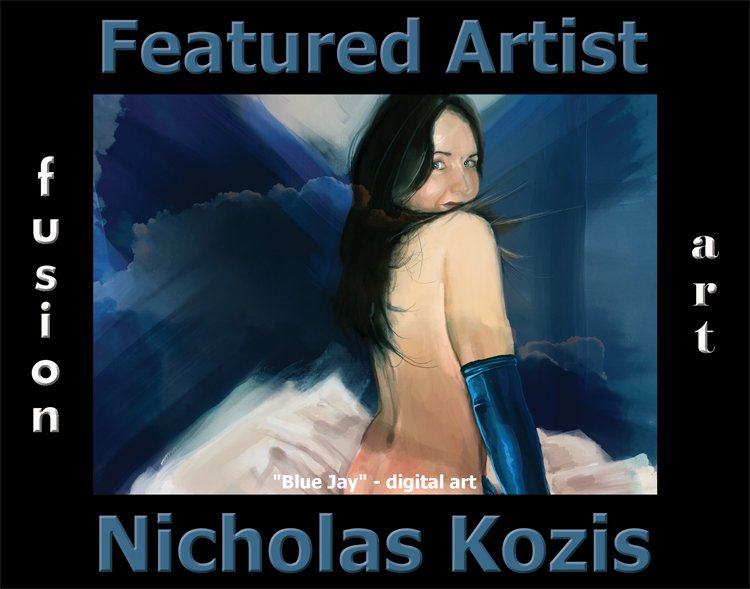 Nicholas Kozis is an award-winning, digital artist based in Los Angeles, California, USA. He has been a working professional in Los Angeles for more than two decades, pursuing a successful career in digital animation and fine arts, as a professor, animator and director/producer of animated films and commercial products.

Nicholas is a professor at California State University, Los Angeles and artist in residence at the Hive Gallery in Los Angeles; where he continues to practice and promote his artwork alongside other artists in the Los Angeles arts district.

For more than two decades, Nicholas Kozis has pursued a successful career in digital animation and fine arts. His award winning art and films have shown internationally. He also provides consultation in digital art for both academic and commercial applications and his clients include some well-known names in the animation industry. Digital arts and experimental animation are passions of Nick’s, having been the focus of his M.F.A.

My interest in digital art as an undergraduate Fine Arts major at the School of the Art Institute of Chicago. Upon graduation, I was accepted to the graduate program in Experimental Animation at the California Institute of the Arts. It was there that I met animation pioneer, Professor Jules Engel. I was encouraged to look outside commercial animation and explore other forms of art. Under his wing, I was exposed to the many experiential animators who have greatly impacted the creation of my independent films. The principle of arts exploration has been a driving force behind all my artistic endeavors.

Visit Nicholas at the below links to learn more about him, his art and to buy or commission an artwork from him.

“Elya By The Sea”

“Lull After the Storm”